A sight of Huesca from Locarno

This wednesday the 6th begins the 67th edition of the International Film Festival of Locarno in Switzerland, and in its Signs of Life section the film Antigona despierta directed by Lupe Pérez García, and produced by Toma 78 (Mamá, 2012) along with Labyrint Films (La Jungla Interior, 2013), will be displayed.

The film is inspired by the greek myth of Antigone, searching in the topics of family love, rebelion against the social laws that contradict human dignity, and the death.

According to its creators, an important character in the film is the set of locations, the land represents more than just a visual context. Throught the lens of director of photography Juan Barrero the landscapes of the Sierra de Guara, the castle of Loarre and the desert of Monegros, as well as the plains of la Hoya de Huesca, provide their own history, legends and personnality to a film that is tightly tied to the man and the land to which he belongs to.

The projection of this film is an occasion for swiss spectators to watch a different movie and to know some great spots of the province of Huesca.

We wish succes and applauses to the director and to all the crew that made possible Antigona despierta. 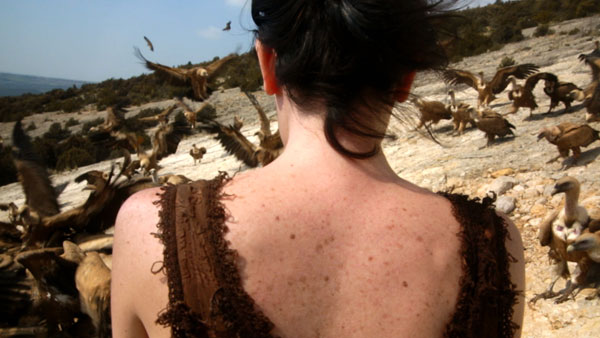